Yes, it was supposed to come out in September... A lot of things came up and then the game was sitting basically finished, besides two bugs I couldn't track down for the life of me.

Anyway, they're now fixed and version 0.2.11 is out!
It brings some important changes. I'll go a bit more into detail than usual to help visualize them.

Company valuation has been in the game in one form or another ever since bankruptcy was possible, but now you can take a peek at it and compare yourself against your competitors.
Although it still is just a number that looks nice without holding much meaning for now... 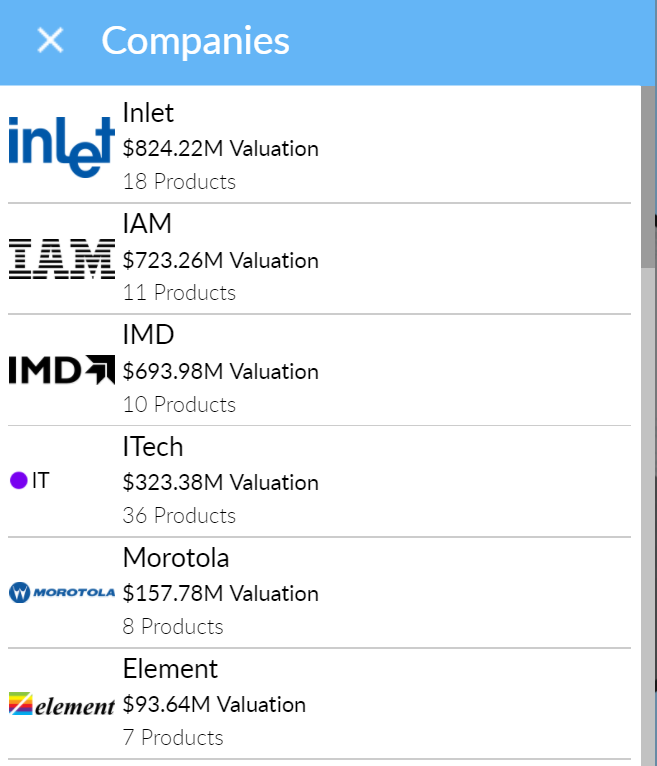 This should make the game more engaging and make you dislike the competition even more.

You can finally take a look at other companies and see just how much Inlet cheats. Only the products tab is relevant at this moment. 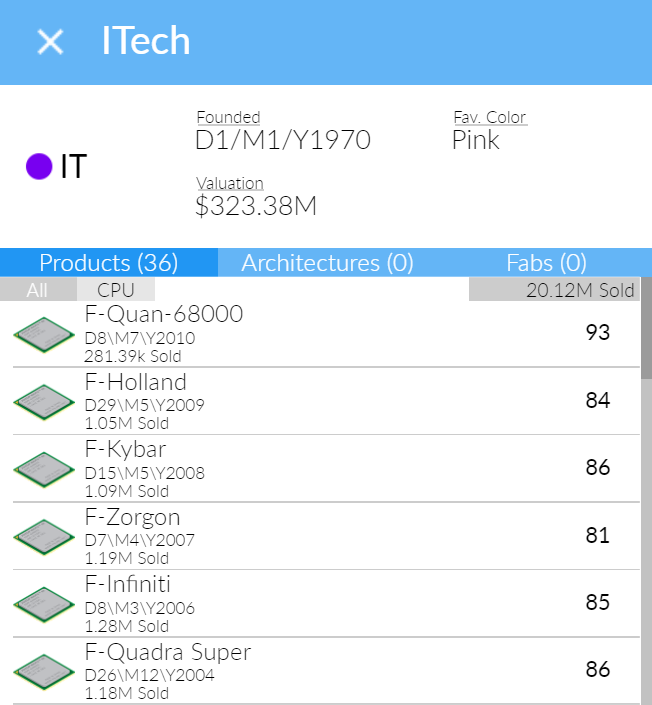 Don't mind the favorite color field, it's a placeholder that the window looks empty without
It should hopefully replace the products window when I add a products details screen.

Ah yes, truly a crucial addition. You can now see how bad I am at the game. 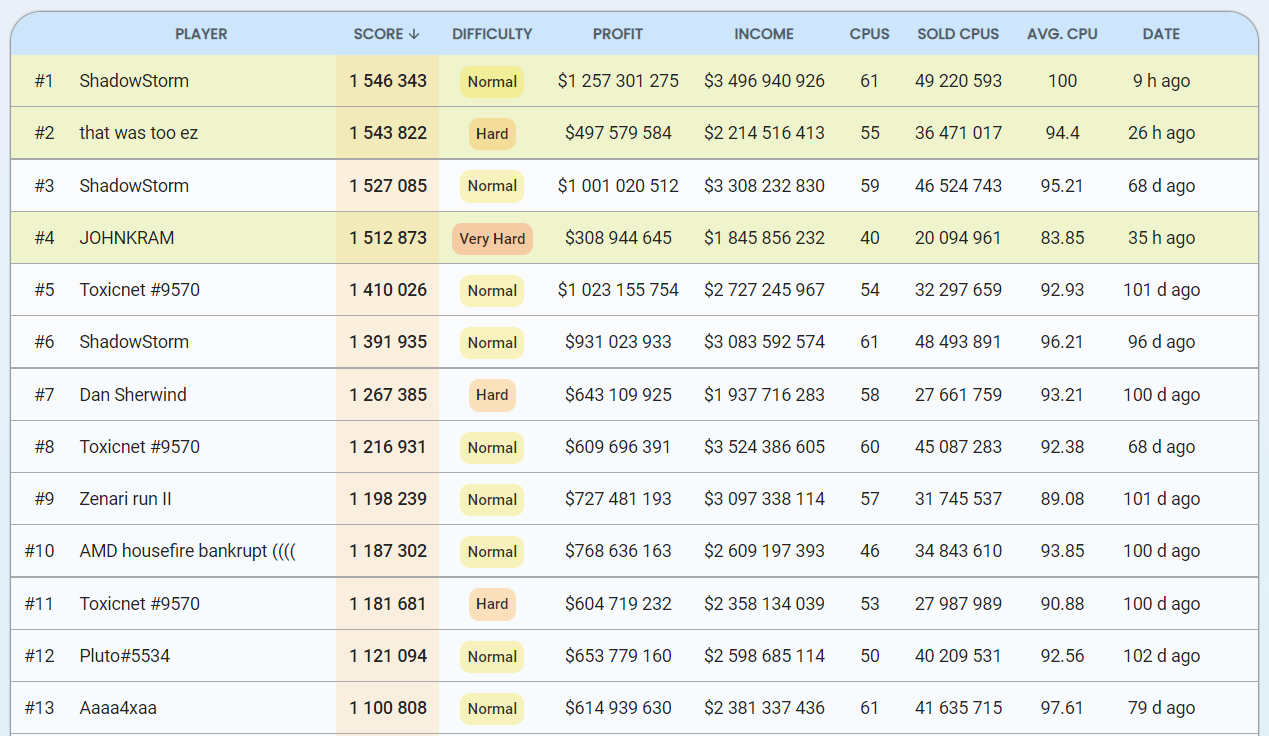 After finishing the game you will be prompted to optionally submit your high score to this ranking. In case something goes wrong, you can apply for manual submission on our Discord server.

The website can be found at https://ht.poggers.ltd though it's not fully complete yet (it's mostly the matter of making it mobile-friendly).
Besides browsing the leaderboards you can also play a 4-year-old version of the game there.
(The domain might change next year if I decide to get a proper one.)

Completely revamped the effect of difficulties on the game, they now affect more parameters in more subtle ways instead of just being flat sale multipliers.

The effectiveness of a marketing campaign now heavily depends on how long ago and how large the previous campaigns were, meaning you can't spam marketing anymore. Hype can now start deteriorating after a long period without campaigns too.

High popularity was buffed (although it's harder to gain it), the curve was smoothed out (as shown below; your products won't go off sale while still selling 10s of units) 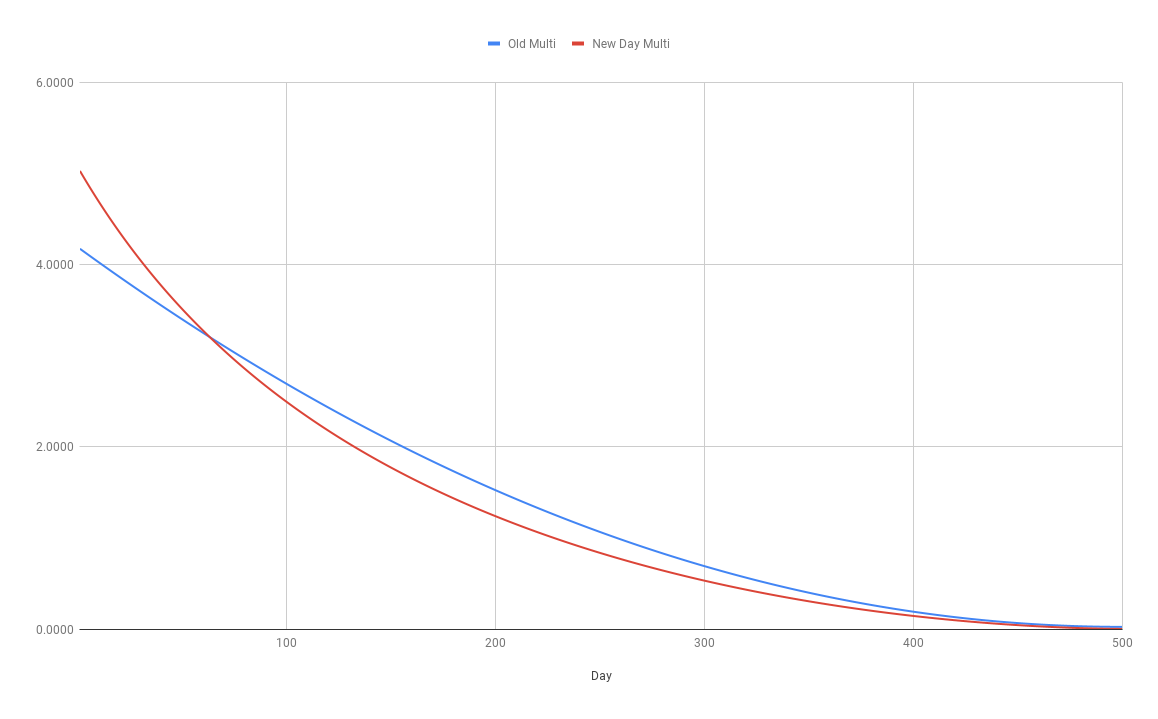 The boring stuff that improves the experience nevertheless

The full changelog can be found on the wiki.

Hopefully this update will keep you busy for a while until 0.3 comes around :)

Version 0.3 with CPU architectures and multiple products selling at once was supposed to come out after 0.2.10...
If 0.2.11 doesn't turn out to be a flaming pile of issues then 0.3 is next in line. The late first quarter of 2022 is a very rough ETA, I hope nothing comes up this time...
Remember to check the roadmap with all planned changes and release dates.

Huge thanks to all active beta testers and community members in general! Your support is very helpful and the fact that you guys are here after 5 years means a lot :D
See you next time!

P.S. I'll update the wiki for the new content tomorrow since I'm not home at the moment.

take all the time you need with the game, the more time means more polish and i can't wait for the next update.