It's been way too long since the last devlog, it's time to fix that.

So here's what I've been up to:

What's 'CPU Brand' you might ask? Right now it doesn't do much besides being a way to organize your products, but in the future you will be able to create sequel products. The better products you have in a brand, the easier it will be to hype a new one from that brand, but if your hardware turns out to be much worse than the rest, it will sell less.
At least that's the plan. 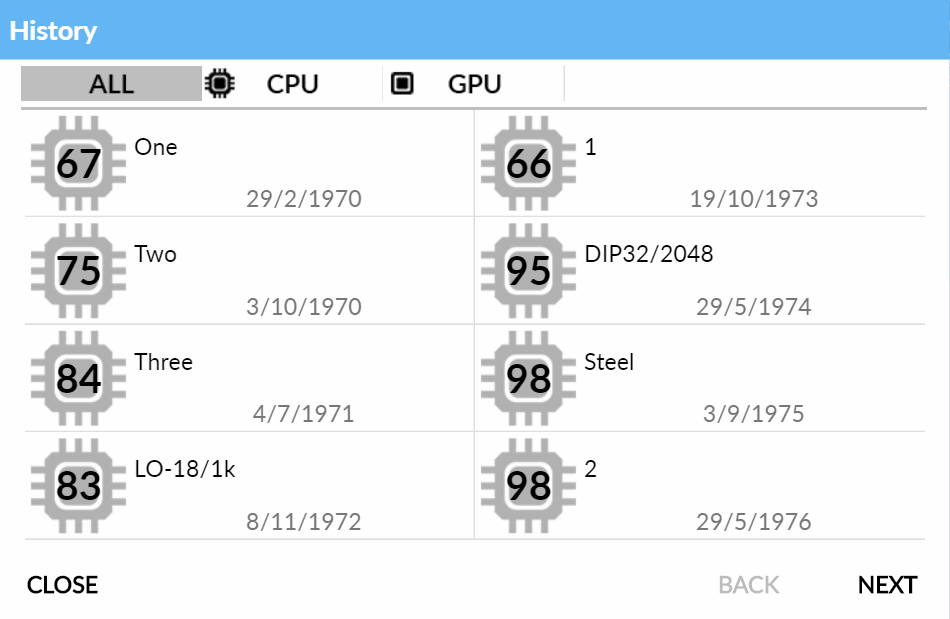 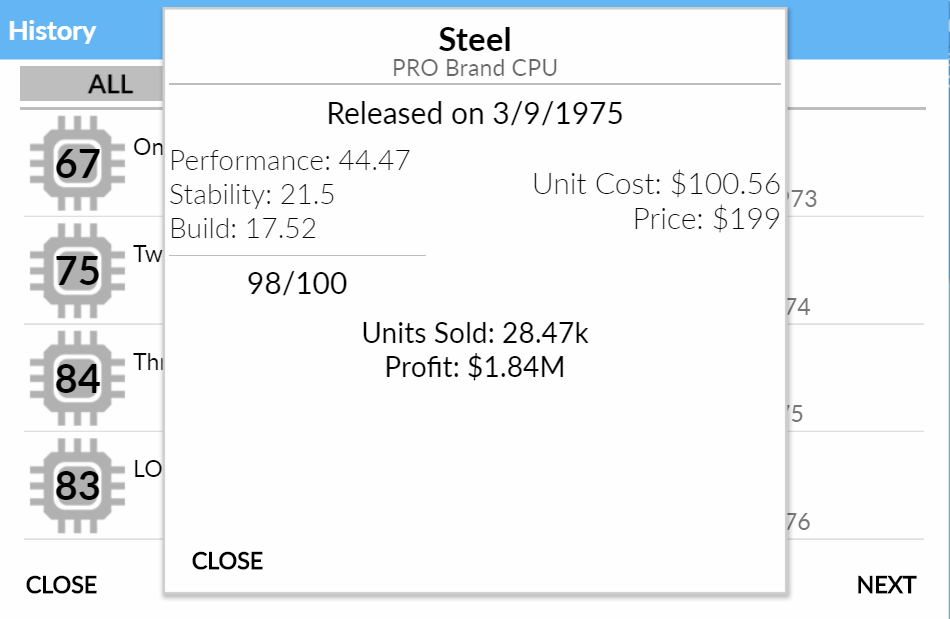 I still have to add the ability to see the exact components your previous CPUs used.

there are now 9 jazzy tracks made by Kevin MacLeod for you to enjoy while playing! (or you can just mute them)

-Changes to market and competition
more on that in the next devlog ;)

-Many other fixes and tweaks. Improvements to sale formula and popularity among others.

I won't bore you with the tiny details, you'll have to wait until 0.2.6 comes out for that.

In short: I am still here and 0.2.6 is slowly coming along!
Don't forget to join my Discord if you haven't already: https://discord.gg/ssRTkqz!

is there any more research to complete, like more mhz in our cpu?

nope, unfortunately not. I actually want to replace the current boring research system with a tech tree later, that's why I'm not adding any content like this in this update.

Hopefully around easter when I won't have to worry about school.

yeahh im hyped ... but could we get more hardware like ram videocards or harddrives ... would be nice

I knoww, I know that people want more hardware, but let me finish CPUs first