Hey!
It's been a couple of decades since 0.2.6 so I think this is a good time for 0.2.7 to see the light.
There are small details that I didn't add, because I'm going away on holiday and I wanted to release the update before that.
Please note that old saves don't work with this version!

I'll go through the changes more in-depth than in previous devlogs, let's start with the star of this update:

This is probably one of the biggest changes to Hardware Tycoon ever. Tech tree is not only more visually appealing, but it brings a lot of gameplay changes. You are no longer restrained by dates - you don't have to wait until a new research is available (okay, there is a tiny restriction so you don't get too ahead, but it's way smaller). That means you can truly eclipse your competitors if you have the money. This is further expanded on thanks to an adjustable budget. With more funding your R&D team will work faster and bring you new technologies before anyone else. 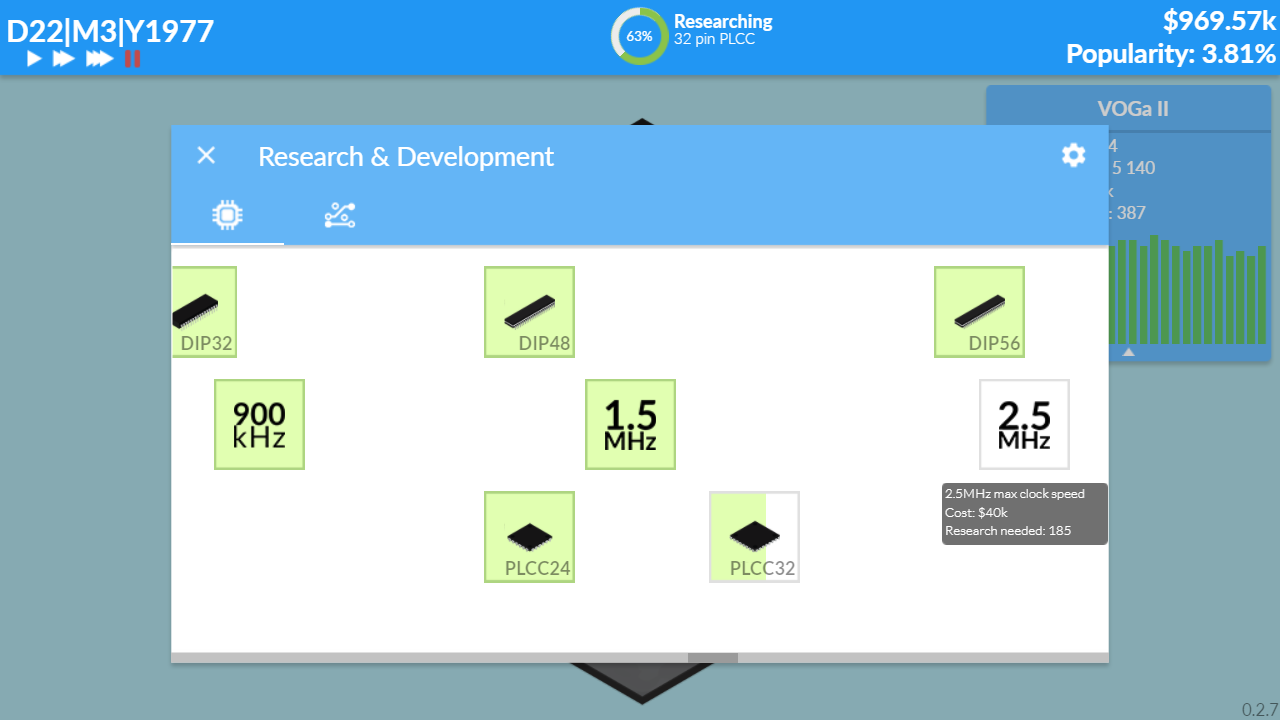 R&D brings some other changes with it, such as getting rid of 'through-hole' socket, new research - mainly 'CPU Development' which is necessary in order to design CPUs, 100kHz becoming the new lowest clock speed etc.

Instead of having to select packages from a cheap drop-down list, now there is a dedicated window for that, where you can also see the cost, required time and unit cost of packages. 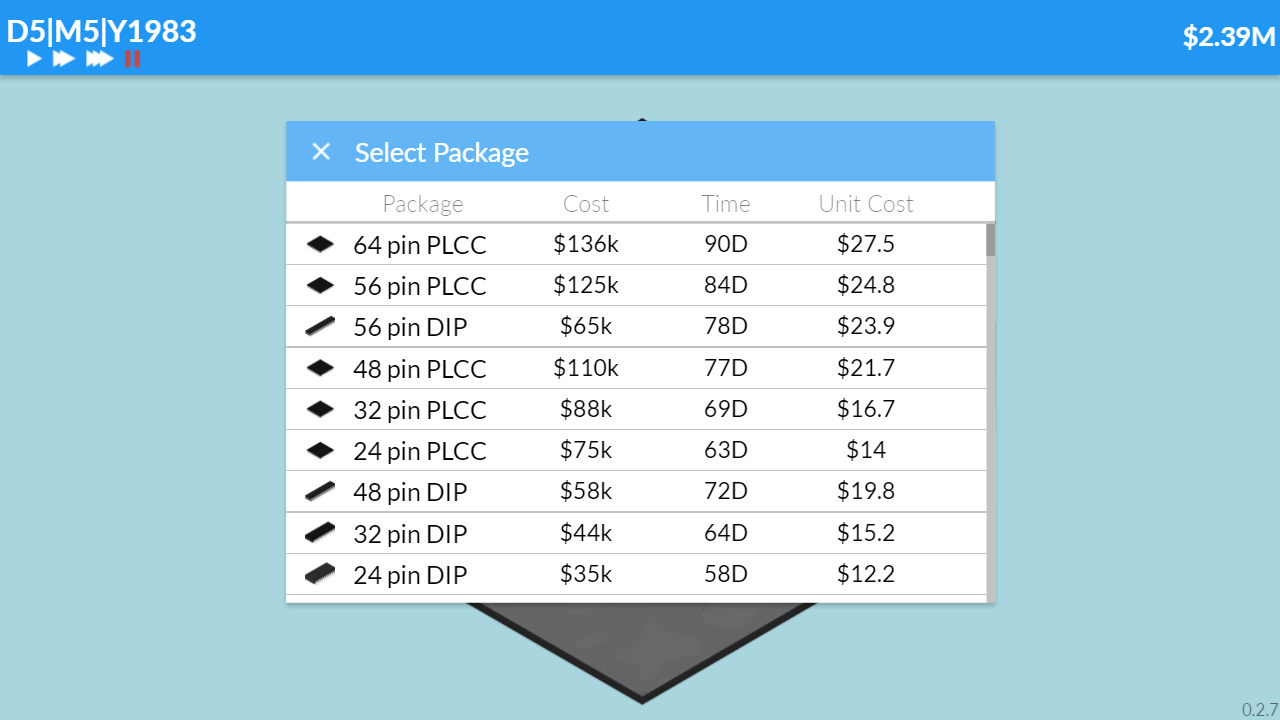 Changes to Marketing & Hype and Popularity

Research and CPU Design aren't the only things that recieved updates. Marketing now becomes less and less effective the more you use it, for example the 4th campaign is only ~50% as effective as the 1st one.
Effectiveness also depends on popularity now. The more popularity you have, the more hype you will generate. It's easier to gain popularity too. A successful marketing campaign will increase it slightly. Popularity boosts sales a little bit more as well.
The other change is hype increasing after time - effects of marketing won't be visible immediately anymore. This makes timing matter. If you start a campaign right before the product is finished, it won't achieve its full potential.
The last noteworthy addition is the ability to select/unselect all ad types and regions with one click. In order to do so, click the respective headers - 'Ads' to select/unselect all ad types and 'Regions' for campaign regions.

The graph has been completely redone, I'm not using a messy plugin anymore and this one works much better. 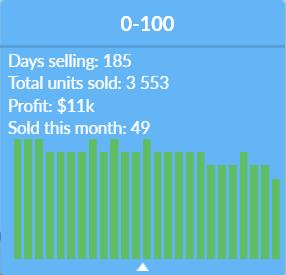 You can now mouseover a bar to see the exact number of units sold on that day. You can also switch between two graph display modes, one with scaling and one without it in options.

Now instead of colors on the graph changing whenever a new CPU comes on the market or an old one stops selling, they are assigned to each CPU (depending on its manufacturer, ex. Inlet's CPUs are blue etc). I also added 3 new CPUs from a new made up company. 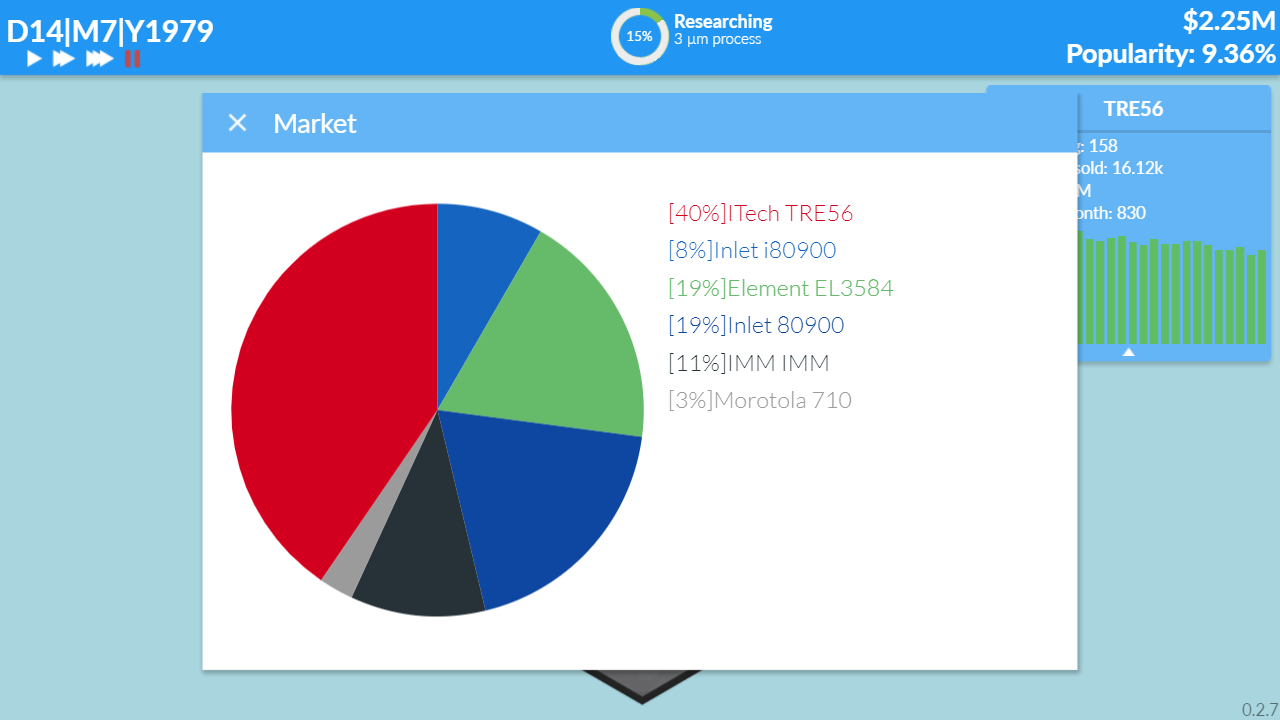 Lots of Balancing, Tweaking and Optimization

There have been a lot of various changes behind the scenes, which should make the game consume less of your precious computing power.
I have balanced out CPU components and build quality, which no longer affects design time and has a bigger impact on unit cost.
The sale formula has seen a little bit of tweaks too, besides the aforementioned popularity buff, hype has recieved a buff as well.

This makes for all the major features, but there are other things I would like to draw attention to:

I also wrote a basic guide, you can read it to get more familiar with the update: https://hardware-tycoon.wikia.com/wiki/Basic_Guide

Guys at Hardware Tycoon discord made some mods, so we decided to create a group on ModDB, 0.2.7 breaks all of the mods, but if you're interested be sure to follow HT on there! https://www.moddb.com/games/hardware-tycoon

As always, if you can check out the full changelog on Hardware Tycoon wiki: https://hardware-tycoon.wikia.com/wiki/Changelog

0.2.8 should be a big content update, because I know many of you are waiting for more of it. I might also rework reviews and scoring, so stay tuned for that!

Also let me know if you like this kind of longer, in-depth devlogs. That's it for me, I hope you're enjoying the game!

no one plays long enough to hear it anyway h

The game is in a very early development stage and doesn't have much content. 9MHz is currently the last research (you can check that here: https://hardware-tycoon.wikia.com/wiki/Research#Research)

This seems to be a very big update which is amazing! Also i like these more indepth dev logs.

I wish i was able to test the beta for thw game but sadly i didnt know anything about it :(

Join the Discord, every beta will be announced there : )

You either need to wait until the next year or you need a higher CPU level, which you can get by making more CPUs